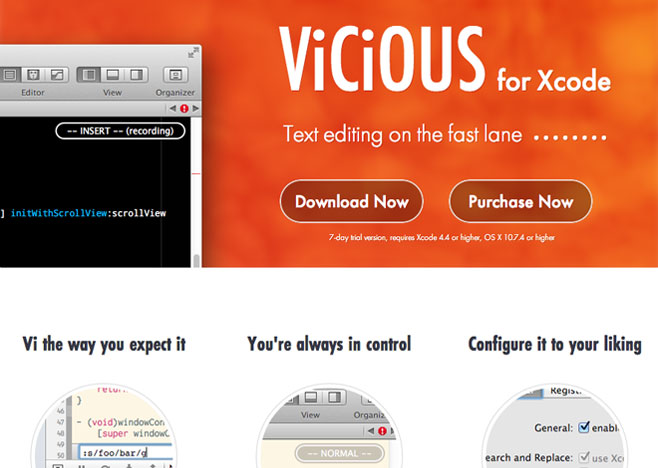 Vicious for Xcode is an OS X application and plugin that hooks into Apple’s Xcode development IDE. It adds Vi functionality to Xcode. Many of the traditional Vi commands work exactly as you would expect them to do. It’s the perfect combination of Xcode functionality with the power of Vi!

To achive the level of integration with Xcode I had to structure the application to be a perfect fit for Xcode’s structure. To make sure that the plugin is as stable as possible Vicious provides a small internal wrapper handler. The Vi functionality itself is written as an embedded Lua application called into by the wrapper.

After its initial release in November 2012 Vicious was well-received by critics and its numerous fabulous users.